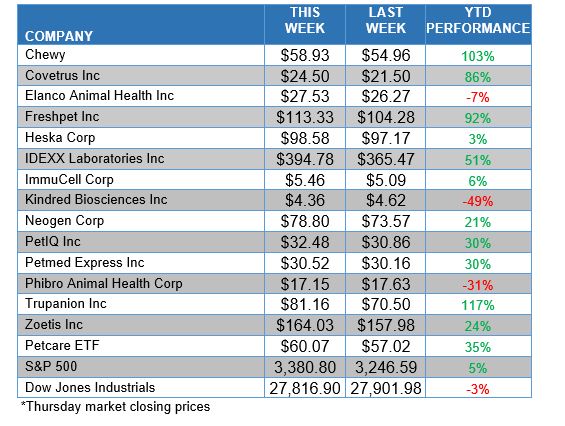 How many of you have heard of the phrase, “sharpen the saw”?  That was Steven Covey’s seventh habit published in his book “The Seven Habits of Highly Effective People” over three decades ago, yes, 31 years ago.  One of the four dimensions of the “sharpen the saw” habit was mental renewal – to continually educate yourself, which is essential for effectiveness.

Thanks to the AVMA, we all have an opportunity to “sharpen the saw” later this month. Presented online October 26-28th, attending the AVMA’s Economic Summit will help you be more effective, whether you are a veterinarian or are in a business that services the veterinary industry.  There is a great lineup of keynote presenters – I’ll highlight two here.  Rick DeLuca, President of Merck Animal Health, will speak on business transformation and innovation.  Brakke Consulting’s own John Volk will present results of our work on how the pandemic has change pet owner behavior.

The theme for this year’s AVMA Economic Summit is “Transformation Through Collaboration” and you can find out more about the event and sign up here.  I thought last year’s event was great and expect the same this year.  Even if it’s a virtual event, attending will still sharpen the saw.

Last week turned to the livestock side of the animal health business and the challenges it faces in the future in terms of meat protein consumption.  We asked this question: What do you think will be the biggest challenge facing the US meat protein production industry?  We gave you five options for answers – quite interesting results.  Here they are:

28%  The environmental impact of meat animal production
26%  The competition from alternative meats, either lab-grown or plant-based
19%  The availability of export markets for US-produced meat
15%  The consolidation and concentration of the meat packing and food production industries
13%  The health perception of meat animal proteins by consumers

I’ll bet that quite a few of our readers are passionate about this topic and I’d like to hear from you – do these results make sense?  Email Bob if you’d like to opine.

This week
This week let’s think about Steven Covey’s seven habits, which he felt were composed of the primary principles of character upon which happiness and success are based.

For you personally, if you had to pick which habit is the most important to you today, which one would it be?