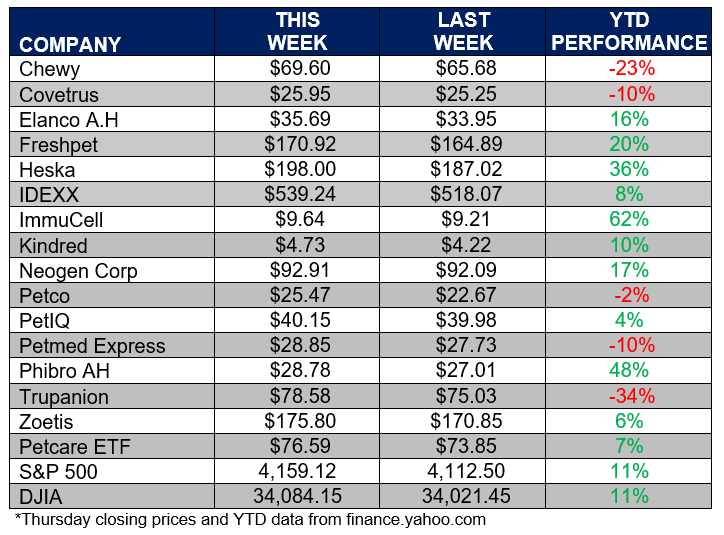 ************************************
BRAKKE CONSULTING VIEWPOINT
I am constantly amazed by the technology innovations in our industry. Last week, it was the launch of not one but two technologies for identifying lost pets – one from Iams using nose scans to ID lost dogs, and another from Petco using facial recognition technology. A few weeks ago, SynDaver – a company that develops and markets synthetic cadavers to be used, among other things, for surgical training – announced that they now offer a feline model for veterinary colleges.  The canine version was launched in 2016, and is in use at a number of US veterinary colleges.

Innovation requires not just creativity, but also funding to make it a reality.  It can be challenging to rise above the chatter and attract investors, but the Digital Animal Health Summit hosted by the KCADC is one of the few opportunities specifically targeted for animal health companies to do just that. It’s a unique opportunity for both start-ups and companies looking to identify development projects to bring into their portfolios.

***********************************
YOUR VIEW
Last week we asked about companies’ current positions on work location for employees who began working from home due to the pandemic.  33% of you said your company plans to offer a hybrid model with some combination of working at home and in the office on designated days of the week.  Another 21% said employees will be allowed to continue working remotely, coming to the office on an as-needed basis. One-quarter said there has been no announcement yet.  Only 8% said all employees have returned to their offices.  It sounds like our industry has embraced the remote working model, which should please many employees.

According to the CDC, 60% of U.S. adults have now received at least one dose of a COVID-19 vaccine.  Although the AVMA annual convention remains online-only this summer, several conferences – including VMX, WVC and Fetch – are offering in-person events over the next few months.  How many of you are planning to attend an in-person conference before the end of the year?

Will you be attending an in-person conference this summer or fall? Check all that apply.