Pain management is one of the leading topics in veterinary medicine today. Brakke Consulting’s annual report on Pain Management Products for Dogs and Cats includes such valuable information as:
– overview of acute and chronic pain in small animals
– discussion of the impact of the human opioid crisis on veterinary use of opioids
– review of new products, including performance of deracoxib generics
– estimates of US sales and prices of leading products
– pain management products in development, including monoclonal antibody products LIBRELA and SOLENSIA
– review of nutritional supplements used for chronic pain
– review of therapeutic diets for joint care
– discussion of the use of cannabinoids in veterinary pain management
– 2021 survey of 340 small animal veterinarians regarding use of pain management products

Pain Management Products for Dogs and Cats 2021 can be purchased for $5,500 if ordered by March 12, 2021, and $5,950 thereafter. The report will be completed in late March. Questions about the study can be answered by project manager Lynn Fondon, DVM, MBA at Lfondon@brakkeconsulting.com. 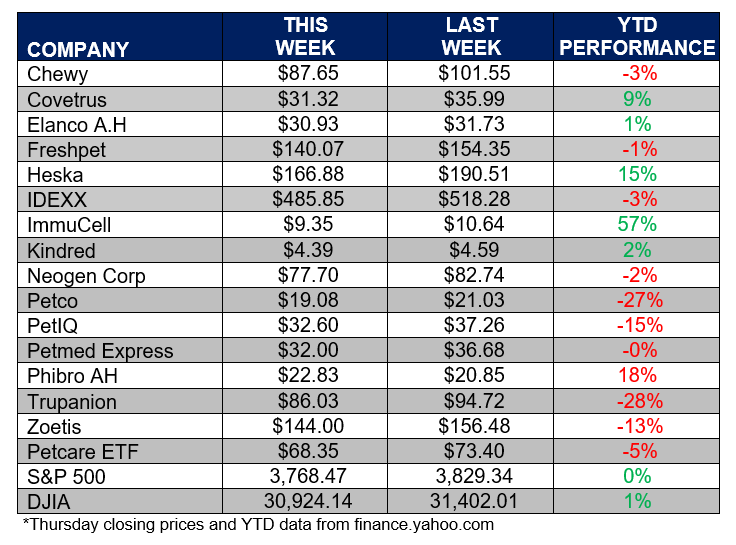 Prior to Jack Welch joining GE, the company was known for growth rates that were bound by GDP.  Welch’s strategy for breaking this reputation was for each business unit to be the best, #1 or #2 players, in their markets.  If they weren’t and couldn’t be fixed, they were closed or sold off.  But then leaders of these businesses started to define their markets in smaller terms to justify a top position.  This cost the company growth, so Welch changed the strategy.  Business unit leaders had to redefine their markets so that they had no more than 10% market share.  By doing this, many GE business units moved from being commodity providers, to problem solvers, which actually led to creating demand for their commodities.

We are plainly seeing this today in the animal health industry, which used to be defined as antibiotics, pharmaceuticals, biologicals and parasiticides.  The new definition now includes diagnostics, identification and tracking technology, as well as microbial and nutritional products, and genetics.  Think bigger, redefine your market, solve problems, create demand, grow your business. Sound like Jack?

***********************************
YOUR VIEW
Last week’s viewpoint by Jishu Shi was about veterinary education, the One Health concept, and global cooperation when dealing with the transboundary nature of zoonotic diseases.  With a view to the global nature of One Health and zoonosis awareness, we asked you how international was your company’s footprint. About 40% of respondents said their employer was not international, 40% said less than half of their company’s revenue was from outside the US and about 20% that half or more of their employer’s revenue was generated outside the US. Given that most of the animal health business is in the hands of multinational companies these days, perhaps the numbers are more a reflection of who likes to answer the poll questions than of our subscriber base in general.

This week
Since we are remembering Jack Welch, let’s see which one of his quotes is your favorite.  There are a lot to choose from, but we’ve narrowed them down to five.