Registration is NOW OPEN! Southwest Veterinary Symposium is a partnership of the Arkansas, Louisiana, New Mexico, Oklahoma and Texas Veterinary Medicine Associations which provides continuing education for veterinary professionals. Join us live in-person this September in San Antonio, Texas, where you can learn about the latest innovations and products while exploring our exhibit hall, network with other veterinary professionals, and choose from more than 400+ hours of quality CE/RACE approved sessions. 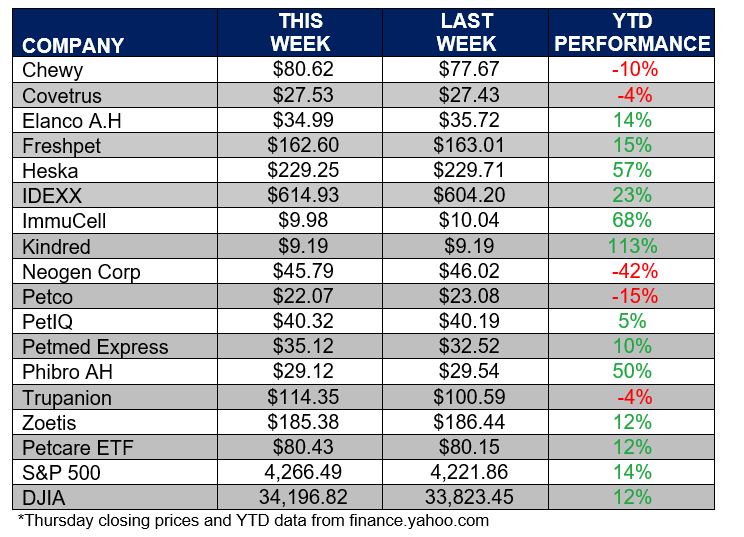 The question we asked our readers last week was partly inspired by the announced acquisition of Kindred Bio by Elanco, which freshens Elanco’s R&D pipeline with a stable of monoclonal antibodies (MAbs) for use in pets.  And, we were inspired by the success of Zoetis’s Cytopoint, a MAb for use in dogs with allergic or atopic dermatitis.

The question we asked was, “In five years’ time, what share will all MAbs take of the total osteoarthritis pain market for dogs?”  About 20% of respondents said that it was too early to tell, and less than 10% said that MAbs would take less than 10% share.  Almost 30% said that MAbs would take 25-50%, with about 20% each estimating 10-25% and 50-75% of the total share.  It might be hard to pick a number, but it looks like our respondents see big share changes ahead.  So do we.

It is hard to overstate the importance of MAbs in human medicine since the first product was introduced in 1975.  Estimates of the current global market size for human MAbs range around $125B (about half of that is in North America), with growth rates expected to be between 7 and nearly 15% per year over the next few years.  Given the pipelines in animal health companies, it will not be too long when we will look back on how MAbs dramatically changed the way veterinarians treat chronic diseases in pets.
Bob Jones

For your pets, have you fed them a fresh (refrigerated) pet food diet?