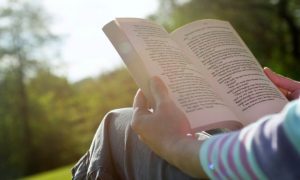 Since you are reading this newsletter about the animal health and nutrition industry, chances are you like to read.  We would like to know which book or books about animals are the most important to you or influenced your choice of a career in this industry.  As you head to the beach or the mountains this summer, wouldn’t you like to know the best book to bring along with you?

Click here to let us know your choices and we’ll share them with you next week.  Everyone that replies by Wednesday, July 21 will be entered into a drawing for one of three $25 Amazon gift card…so three winners can buy another book!

This week’s newsletter includes announcements of not one but two new pet insurance companies. Pet insurance has certainly become a crowded market in the past decade or two – there are now nearly two dozen companies offering pet insurance policies in North America.

While there is a lot of activity in the segment, insured pets are still fairly uncommon.  According to the 2021 NAPHIA (North American Pet Health Insurance Association) report, only about 3.5 million pets in North America are insured, which is less than 5% of pets who regularly see a veterinarian.  Still, the market now exceeds $2 billion, not insignificant.  Interestingly, surveys of pet owners typically over-state the number of insured pets: the AVMA’s 2018 Pet Owner Demographics Study reported about 10 million dogs and 4 million cats were insured according to their owners; and the APPA’s National Pet Owner Survey found similar numbers.

Regardless of the current insured pet population, the consensus is that the market is growing rapidly – NAPHIA’s report stated that the number of pets insured in North America had increased 23% from 2019 to 2020 – the sixth consecutive year of double-digit growth. I guess that’s why we are still seeing companies willing to jump into the pet insurance pool.

Last week we asked if you would vaccinate your pets for COVID-19, if a vaccine were available. Most of you – 61% – said that you would not vaccinate your pets. 13% said you would opt for the vaccine, and the rest weren’t sure. Given that our previous polls have shown that the majority of our readers are themselves vaccinated, it appears that most of you believe that COVID-19 is not a serious health issue for dogs and cats.

This week, let’s find out how common pet insurance is with our readers.

Do you personally know anyone who has pet insurance?