Are you involved in hiring for your company? Then Animal Health Jobs wants to hear from you!

If you are one of the first 50 respondents to complete the survey, you will be entered into a drawing for a one of two prizes: a free job posting or a free video job advertisement. 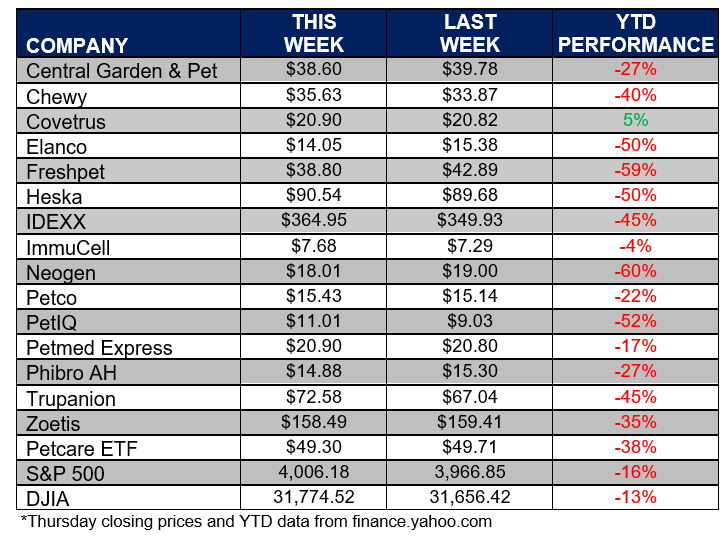 For those who are Saturday Night Live fans from the late 70’s may recall Roseanne Rosannadanna’s famous line, “It’s always something.  If it’s not one thing it’s another”. Gas prices continue to decline.  Inflation rates are beginning to moderate.  It seems that the recent economic woes are stabilizing and even improving.

The cattle producing states are facing one of the worst droughts in recent history.  According to a new survey by the American Farm Bureau Federation, this year’s drought conditions are taking a harder toll than last year’s, as 37% of farmers said they are plowing through and killing existing crops that won’t reach maturity because of dry conditions. In addition, ranchers are being forced to sell off their cattle herds earlier than normal due to extreme drought, as water sources dry out and grass burns up. Ranchers in Texas reported the largest reduction in herd size, down 50%, followed by New Mexico and Oregon at 43% and 41% respectively.

In the short run, there should be reduction in beef prices as the additional supply works its way through the value chain, which is good.  However, in the medium/long term, prices should increase as supply moderates while ranchers rebuild their herds which can take years.  The animal health companies will likely be adversely impacted this year and into the future by losing potential doses of vaccines, antibiotics, parasiticides and hormonal implants as a result of early cattle harvesting and reduced herd sizes.

There are so many variables out of our control that impact key segments of the US economy.  Drought, floods, what’s next…pestilence?  Like Roseanne Roseannadanna said, “if it’s not one thing it’s another”.

In this week’s question, we’d like to know whether you feel the economic situation in the US is improving and if you believe your customers are feeling more secure to increase their pet spending?