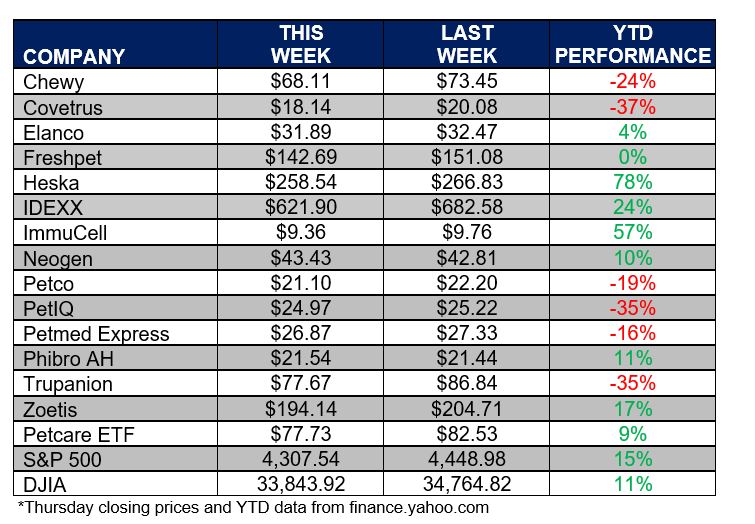 This week we’ll focus on the feedback from our weekly question in the “Your View” section: last week’s question dealt with team cohesion.  The results were rather clear, and also concerning.  We asked you to rate your team’s cohesion as of March 2020 (when the pandemic set in) and also rate it as of today.  64% of respondents felt that it is strong today, compared with 84% who rated their team cohesion as having been strong in March of 2020.  A 20% drop is substantial, and may mean that time spent to rebuild teams in 2021/22 will be time well spent.

No one of us should be surprised that our perception of team cohesion has suffered in the past 18 months.  Whether the team we lead is the staff of a veterinary practice, or a sales and marketing organization, we all know that cohesion comes from regular interaction to build trust and a sense of common purpose.  Perhaps we are all starting to understand that 18 months of remote work – or at least limited “in person” connections – has eroded a lot of the glue that held our teams together.  If you’ve ever made light of the fad of team-building exercises that many of us lived through in past years, you might be thinking right now that those activities were more effective than we realized at the time.  How will you nurture and rebuild your team as you transition into a new normal state of work?  Right now is a good time to think carefully and plan your future.

Since we’ve raised the idea of planning how your team works in future, let’s get a sense of how you see your team’s working conditions in the next 12 to 18 months.  Is it your goal to return to a working style that is the same as your working conditions pre-pandemic?  Or will you embrace the new remote working landscape and encourage your teams to continue to work as they have in 2021?  Tell us where you want to be on that scale.

How do you see your team’s working conditions in the next 12 to 18 months?