With today’s tight competition for top animal health talent, you need every advantage to attract the best people. There’s a reason Animal Health Jobs is the premier job board for the animal health and animal nutrition industry. We are fanatics about matching the best candidates with the right jobs. A real person screens each candidate’s resumé for relevant experience, ensuring a high-quality talent pool.

With our tiered packages, you choose the level of service that’s right for your company. We accept roles across animal health, in marketing, business development, communications, technical services, sales, R&D and more. Whether you need a cat, dog, horse, pig, cow or poultry person, you’ll find the best ones here. 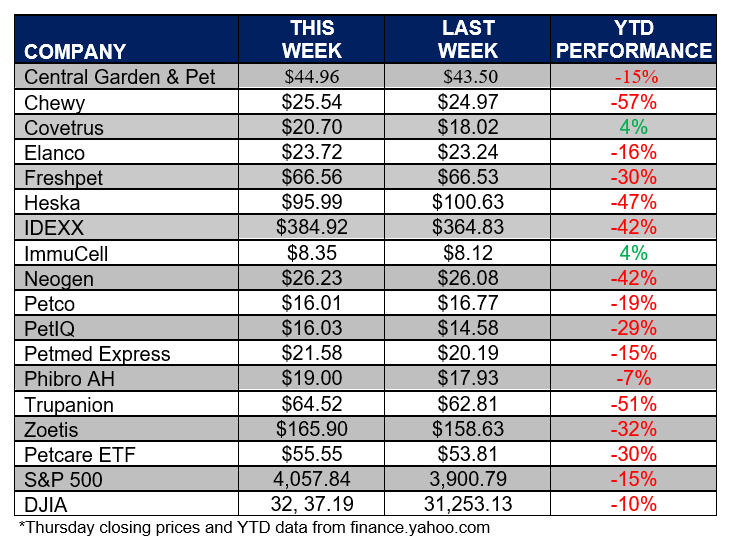 We are hearing (and seeing) about possible food shortages in many places due to a multitude of factors. It is incomprehensible that this could happen in today’s world. But faced with reality, we in animal health must take a more active role in bringing solutions to improve efficiency of food production while ensuring good animal welfare.

The innovation and technology our products bring have a major impact on the availability of food. For example, certain pharmaceuticals such as beta-agonists are currently banned in many countries despite their proven safety and tremendous impacts on feed efficiency. Will the barriers continue when the world is going hungry? Or will we let retail beef consumption drop significantly because it is simply unaffordable due to the high costs of inputs? It will take some brave people from our industry to reopen these discussions.

Now comes the story of baby formula. Again, it’s unfathomable that in our country we would ever run out of such a critical item. I wonder if the CVM could help their colleagues in the FDA because I have found them to be very practical in solving issues, while  adhering to their standards and principles. Earlier in my career, I was involved with an issue of supply with a unique product in the US market. As we were not going to be able to supply, we were able to work with the CVM to have a pragmatic withdrawal that ensured a safe transition for the affected animals. Someone should have really thought through shutting down 40% of the nation’s supply of baby formula!

Last week, we asked for your predictions about the economy for 2022.  80% of you think that the economy will head into a recession this year.  Most of you think it will be both mild (67%) and short (58%), so let’s hope your prognosticating is correct!

This week, we ask you again to gaze into your crystal ball and give us an answer.  This week, Covetrus agreed to be acquired by Clayton, Dubilier & Rice and TPC Capital for $4 billion, which is the largest acquisition in the animal health distribution space.  Obviously, they are looking for faster growth from the company and you can help them.

The biggest opportunity for growth for the Covetrus business is: