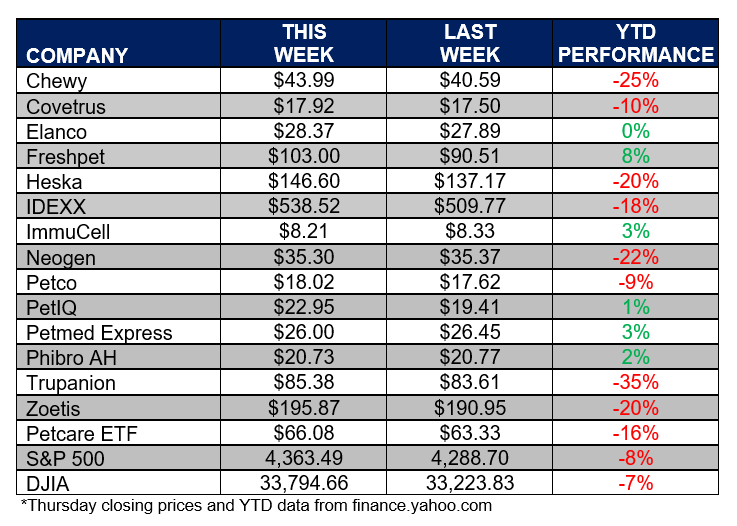 Zoetis’s Draxxin® has been the best example for me to use to explain that livestock producers will pay for innovation.  Tulathromycin, the antibiotic in Draxxin, is highly effective and livestock producers are willing to pay the high price for it to treat their cattle and swine – it works.

Merck and Elanco now join Bimeda, Ceva and Virbac in having a generic tulathromycin approved, bringing the total FDA approved generic products to five.  In Zoetis’s earnings call last month, they announced that generic competition reduced Draxxin revenue 15% in 2021 compared to 2020 and they expect another decline in 2022 of 20% compared to 2021 – peak sales are now in the past.

Unfortunately, these tulathromycin competitors will be battling in a livestock market this year that is forecasted to not grow much from 2021.  The USDA expects beef production to be up fractionally in 2022 and pork production for 2022 will likely be slightly lower that 2021.  And producer profits will be under pressure all year due to higher feed and input costs.  (But tulathromycin costs won’t be higher.)

Draxxin is a great product, a great brand.  Given the successful innovation from Zoetis and the other major animal health companies, we hope there is a new “Draxxin” being discovered.  Remember, livestock producers will pay for innovation.

Last week, we asked about the stability of the people in the animal health industry, and we had a pretty good response from our readers.  In answer to the question, “How long have you been a part of the veterinary/animal health industry?”, 68% of the respondents said more than 20 years.  Only 8% had 5 years or less in the industry.  If you are interested, we wrote about job satisfaction last summer at Animal Health Jobs and will have an updated report very soon.

This week why don’t we help out all those companies selling a tulathromycin in the livestock industry with a crowdsourced recommendation…so, here’s your chance (and be honest!).

What is most important factor when selling a generic antibiotic in the livestock industry?