The 13th annual Summit is one of the only opportunities in the world for early-stage companies in the animal health and nutrition sectors to present their vision, business plan and technology to potential investors.

The selection committee will consider companies that meet the following criteria:
– Seeking $500,000 – $20 million in funding, or strategic partnerships to advance a company’s technology
– Revenue projections of $20 million within 5-7 years

Applications are due by April 5. To apply to present as an emerging company, visit the Animal Health Summit application page . 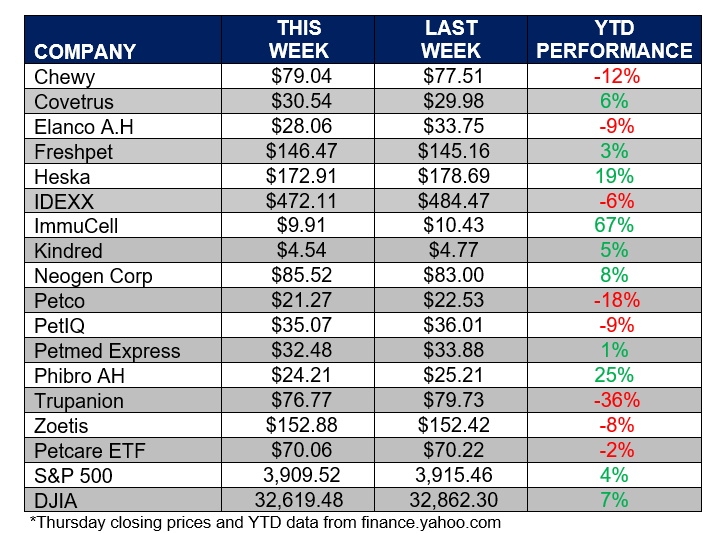 ************************************
BRAKKE CONSULTING VIEWPOINT
Recently, I read an article focused on how the animal health industry needs to help veterinarians adapt their patient interaction approaches to the needs and desires of today’s pet owners.  The author mentioned a recent panel at the Animal Health Innovation Europe conference comprised of representatives from Zoetis, BI and Covetrus that discussed industry trends.

Millennials represent the largest group of pet owners.  This societal class is the most technologically savvy and connected group ever.  Everything they seem to do is tied to their personal devices including much of their purchasing and personal interactions.

Recent research conducted by Brakke Consulting indicated that approximately 20% of veterinarians offer some form of electronic connection points with their customers (phone consultations, facetime, zoom, skype or veterinary specific software).  When will this catch up with other aspects of Millennial’s lives?

I realize it is hard to diagnose illness with a creature that can’t talk to you but with remote diagnostic tools such as microchips that can monitor movement, feeding and temperature, the prospects are there for remote diagnostics to expand, providing vets with critical diagnosis information.  It remains to be seen if this will shape the future of future vet/pet owner interactions.

In last week’s polling question we asked whether you thought the Animal Health Industry would experience another mega (>$1 billion) consolidation transaction within the next three years.  51% of respondents said it was Highly Likely that a >$1B transaction would occur; 29% said it was possible; and only 8% responded that it was highly unlikely or would not happen.  The gap between the top four companies and the rest of the field continues to grow.  It seems the only way to quickly build the scale necessary to compete with the top four companies is through a merger or acquisition.  I wonder what the odds are in Vegas???

Microchips for use in pet identification and recovery are commonplace today and in fact, some can currently monitor body temperature.

If you own a cat or a dog and assuming cost is not an issue, would you be willing to have a microchip implanted into your pet that monitors their vital signs and behavior and sends this data to your mobile phone?