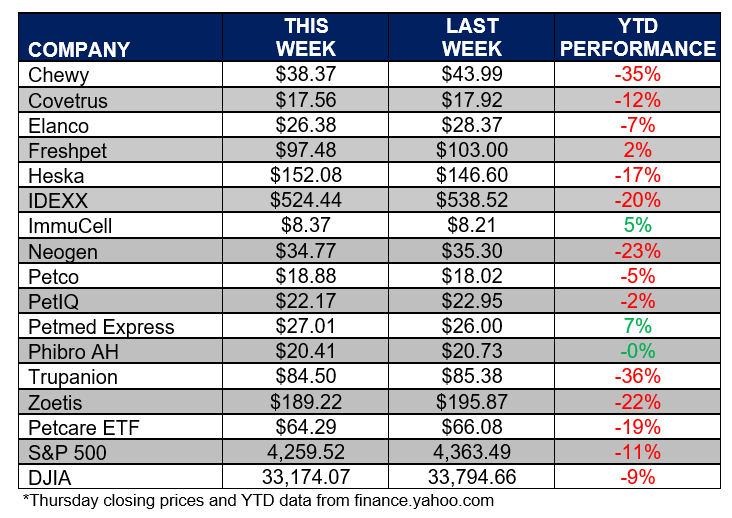 ************************************
BRAKKE CONSULTING VIEWPOINT
The most welcome sign yet that we are “returning to normal” was the Western Veterinary Conference, held March 6-9 in Las Vegas.  Attendance was excellent, nearly back to pre-COVID levels.  The sessions were well attended and the exhibit hall was large and busy.  Our compliments to the Viticus Group that hosts the conference.  It was also wonderful to see so many industry colleagues – truly see them; not many people were wearing masks.  (Hopefully there won’t be any coronavirus repercussions!)  The Brakke Consulting Industry Overview was standing room only.  A special thank you to Greg Hartmann/NVA, Randolph Legg/Boehringer Ingelheim, and Steve Shell/MWI for providing fascinating insights during the panel discussion.  (The Overview – without the panel discussion – is now available to present to your management teams live or via Zoom.  Just contact us to schedule it.)

Let’s hope that this is truly a trend back to regular activities.

Last week we asked, What is most important factor when selling a generic antibiotic in the livestock industry?  Your response:  Price – 43%, Sales Force – 37%, Availability – 13%, Other – 7%.

This week we have two questions: