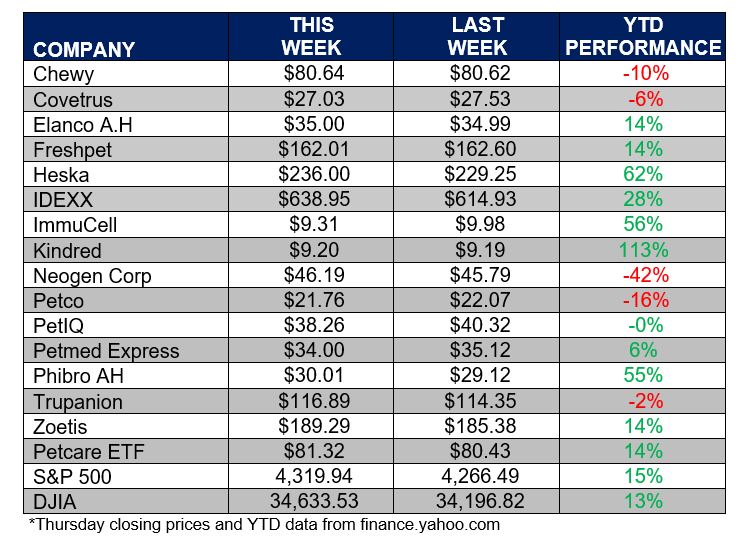 Last week we asked about use of fresh, refrigerated pet food.  It turns out, 5% of newsletter readers feed it, 10% have tried but discontinued, and 85% have never tried it.  I don’t know how that aligns with the overall market, but I’m guessing it’s not far off.  Half of you expect the fresh pet food market to grow on pace with the overall industry, the other half are about equally split between faster and slower than the pet food market in general.

We’re officially into summer, so this week our question is:

Have a great 4th!