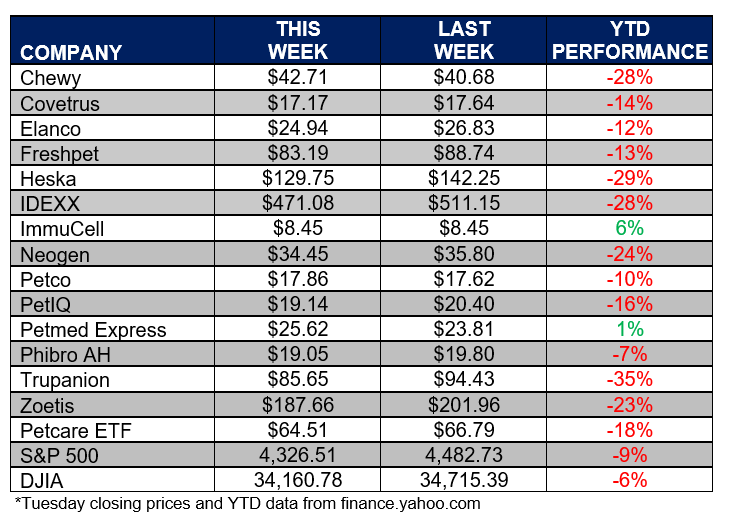 Recall that in the early 1980’s, the inflation rate (CPI) peaked at 14.8%.  To tackle inflation, the Fed drove the country into a recession, increasing their benchmark interest rate as high as 19%.  Two critical differences between the 70’s and today relate to the labor market.  Back in the early 1980’s, unemployment peaked at almost 11% whereas today’s rate is 3.9%.  However, today we are experiencing significant labor shortages partly driven by the labor participation rate (work rate for prime-age people; 25-54 yrs. old) that peaked at 67% in 2000 and is now about 62%.

The Animal Health industry is facing similar inflationary challenges.  We heard from one senior executive at VMX that costs continue to rise due to supply chain disruptions, labor shortages and wage increases, especially for manufacturing talent.  Companies are passing along the cost increases to customers to the extent they can, trying to maintain margins.

2021 was an extremely strong year for the Animal Health industry.  2022 may prove to be much more challenging forcing business leaders to navigate choppy waters driven by the multitude of headwinds facing global economies.

This week
For those of you who have openings in your business how long is it taking to fill those vacancies?