Looking to build out your team? Are you new to the animal health/nutrition industry? Brakke Search can help.

We’ve been dedicated exclusively to the industry since 1986. Executive Recruiter Jeff Santosuosso, aided by our network of over a dozen veteran consultants, is poised to understand your specific needs and work with you every step of the way to identify those talented candidates. Let us do the legwork for you to present a highly qualified short list. We even conduct a free qualitative candidate fit assessment to help guide you in final interviews!

Come join us at Brakke Consulting’s annual Industry Overview presented at VMX and WVC next year.  Key topics and presenters include:

Also, moderated by Paul Casady, a panel of industry leaders will discuss their views on the subject of “Managing Animal Health Companies in Times of Uncertainty”.  Panelists for WVC include:

To learn more about and sign up for the Industry Overview, click here.  You can also email Amanda McDavid or call us at 336-396-3916. 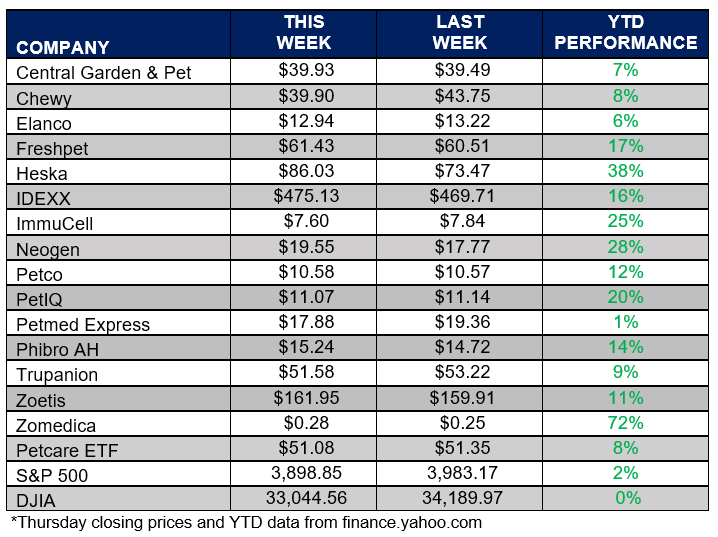 ************************************
BRAKKE CONSULTING VIEWPOINT
Wow!  NAVC’s VMX veterinary conference in Orlando smashed all records this week with a reported 27,000 attendees.  That’s more than 10,000 more than last year’s registration.  The show was jam-packed with a record number of CE sessions, entertainment, and a huge exhibit hall.  Many of the exhibitors thought outside the box with novelties such as a roller-skating rink and free (real) tattoos.  (I admit that I took advantage of neither, thinking ahead to the possible reaction of returning home with a broken bone or body art.)  Kudos to Gene O’Neill and his team for a spectacular event.

The annual Brakke Industry Overview at VMX was standing room only as well.  Thanks to panelists Scott Bormann, Kurt Green and Kevin Polhman for their cogent remarks.  We had to turn several people away, so we hope you can join us for the Overview at WVC in Las Vegas.  This one you don’t want to miss.

This week
A recent survey by William Blair revealed that 79% of consumers were OK to very positive with their financial situation, 53% had more savings than a year ago, 56% of those employed had seen their salaries increase, and 62% of those employed expected their salaries to increase this year.  Yet 48% were negative or very negative about the economy.  What is your feeling about the economy?