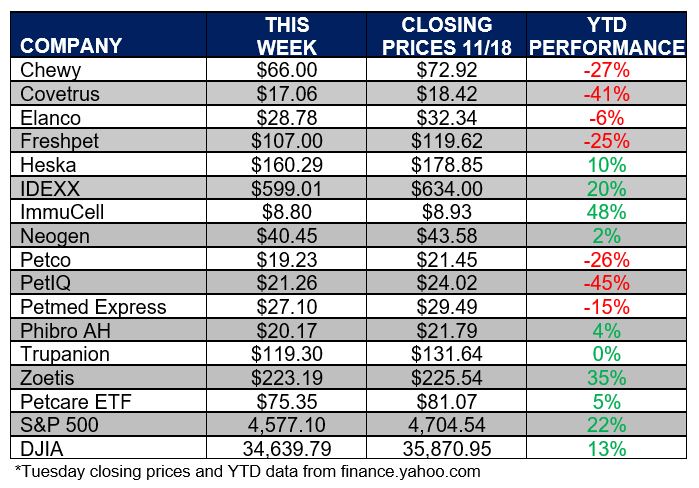 The hot acquisition market in animal health seems to be continuing apace.  There have been over 130 acquisitions noted in our newsletter through November of this year – with another 5 in this newsletter alone – and there are no doubt some we have missed.

Growth through acquisition seems to be a primary focus for many animal health companies large and small.  In addition, private equity and other outside investors are paying impressive multiples to get into the animal health game.  Most of these recently have been smaller, more strategic purchases. But now that the dust has settled from the Elanco/Bayer merger, is it possible there is another mega-merger in the offing?  Only time will tell.

Two weeks ago we asked how valuable would a veterinary industry supplier conference be, one that would bring together service organizations such as ad agencies, consultants, contract manufacturers, etc. with appropriate buyers from manufacturers and product/service marketers?  Your responses were spread across the board:  19% said very valuable, 26% said moderately valuable, 22% said somewhat valuable, and 33% said not very valuable.

Do you think there will be a mega-merger in animal health in 2022?