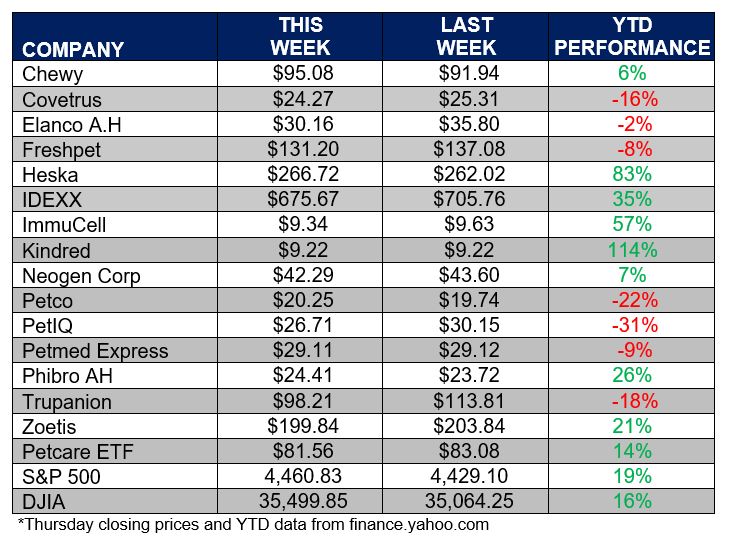 Other companies have yet to report, so the first half picture is still a bit blurry.  The 2nd half of the year will be exciting to watch, maybe the Delta variant will slow things down, maybe 2nd half comparisons will be hard to watch because of the 3rd and 4th quarter performances last year.  Stock up on popcorn and come back to watch the ending.

Last week we asked about how likely you thought there will be another mega-merger announced in the next 12 to 18 months.  About 60% of you thought that there would be, but we didn’t have enough of the respondents indicating who they thought would be acquired to start any rumors.

The Delta variant of the SARS-CoV-2 virus has been making headlines and has caused companies and government agencies take decisions about mask wearing, mandating vaccinations and returning to the office.  Let’s see what impact you think the Delta variant will have on the veterinary industry.

I believe the Delta will have the following impact on the veterinary industry: