In the past few days I’ve been grappling with the mechanics of selling a house, an activity that has been turned upside down since the last time I experienced it.  Bidding wars, offers over list, escalation clauses; all of these are new wrinkles that bring uncertainty to a transaction that I thought I understood.  This experience is giving me a quick lesson in empathy for those of you who are tackling the sale or funding of an animal health company, veterinary practice, or any business entity.

Transactions in our industry are also breaking the old paradigms with higher valuations, low interest rates, heightened availability of capital, and other factors.  If you are contemplating a transaction in such fast-changing times, Brakke Consulting offers you a professional partner to sit on your side of the table with an experienced viewpoint.  We can help you navigate this 2021 environment so that you are able to take the best advantage of the opportunities in front of you. Call us at 336-396-3916 or email us for more information. 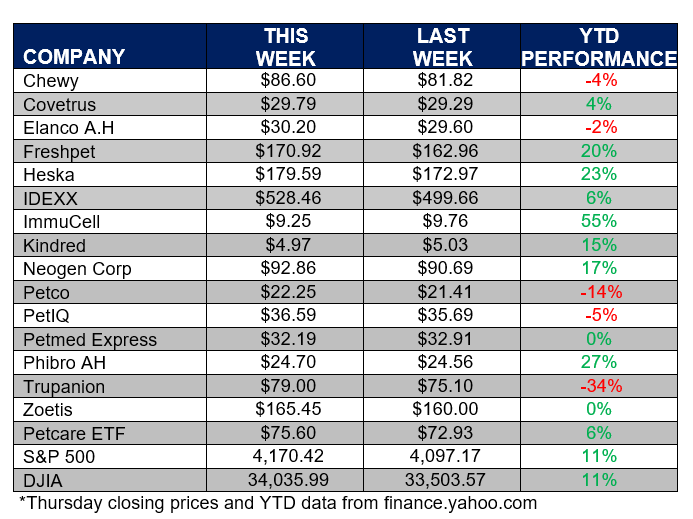 The big news in this weeks’ newsletter concerns the impending release of two new monoclonal antibody (mAb) products in the EU, Switzerland, and the UK, joining Cytopoint in the Zoetis stable of groundbreaking mAb products.  Librela (for dogs) and Solensia (for cats) will both be sold as injectable treatments for osteoarthritis given monthly.  Treatments for OA have become a staple of veterinary practice over the past several decades, primarily using NSAIDs.  These new entries, coming as they do with a monthly injectable regimen, have a potential to revolutionize one of the most important sources of clinic dispensing income.  Whether you are in practice, or you provide drugs or services to practitioners, you should be thinking about the changes to come as these new solutions (and others to follow) are introduced around the world and begin to disrupt current therapies.  How will your business change?  What action do you take today to be sure you benefit from such changes?

Last week we asked you “as we see significant cost of living increases in housing, fuel, automobiles, and healthcare already in 2021, what impact do you believe these higher costs will have on the animal care business?” 11% of you think no impact, 66% think some across all segments, 10% think the only impact will be in pets, 3% think only in food animal segment, and 10% think there will be a high impact across all segments.

This week, we’re asking you “How do you think your business results came in during the first quarter of 2021?”

We all EXPECT the answer to be “increase,” but let’s see if this informal survey matches with our expectation.  Have a great week!