Are pet product sales at an inflection point?

A new report from Brakke Consulting measures and characterizes the most dynamic changes taking place in the marketing of pet products – the emergence of new channels and the changing purchasing behaviors of pet owners, especially as it relates to products traditionally purchased at the veterinary clinic.

Pet Health Products: Changing Channels will be based on two national, representative studies: one, pet owners, the other veterinarians.  The data from these surveys will be compared to data from previous Brakke studies in these areas to highlight trends.

This timely new report will provide marketers and investors key insights to help:

For a prospectus or more information about this important study please contact us at info@brakkeconsulting.com. 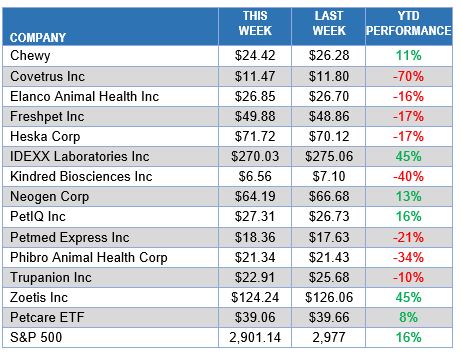 Last week, I started the Viewpoint with a comment about everyone working on their budgets for next year and wrapping up the 3rd quarter.  Well, it’s perhaps time for a break from spreadsheets  to think about man’s best friend, which not a laptop or a phone, it’s a dog.

What caught my eye this week was an article in Wired magazine about dogs learning how to “talk” to humans.  The article can be found here and based on a book by Maria Goodavage titled “Doctor Dogs”.  In the article, she describes technology under development that can be used for dogs to get help for the dog’s handler, where the service dog is trained to seek another person, then touch a sensor on a vest, which then activates a recording that announces, “My owner needs your attention.  Please follow me!”

The messages can be customized, too.  A diabetes-alert dog, one that can sense low or high blood sugar levels, can be trained to “tell” the owner that their blood sugar levels are too high to too low.  There is also work is going on where the service dog can be trained to sense facial expressions of autistic children and then gently tell the child, “Please pet me now.”

Someday, this work will move into the pet area and we will have our dogs tell us, “Put down your phone and take me outside.”  But right now, it is limited to service dogs.  Speaking of service dogs, you need to go see the movie “Superpower Dogs” if you haven’t already It’s in IMAX theaters across the US and in several other countries.  You’ll see great stories about lifesaving superpowered dogs and the science behind their bravery.  It’s almost the weekend – close the laptop and have fun with your four-legged best friend, before your friend talks to you.