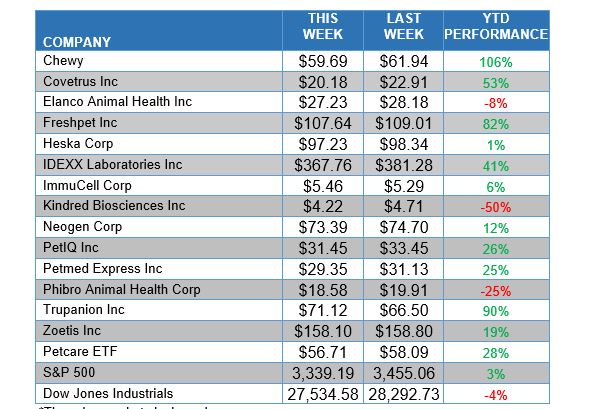 Here is a blip on that screen…  A recent article from the Gallup organization summarized the work that led them to develop four strategies to build business resilience.  These four strategies are: 1) Reimagine your customer experience, 2) Reshape your culture, 3) Reignite your leadership and 4) Reignite your workforce.

Through the COVID-19 pandemic, we have reported how pet owners have changed their purchasing behaviors and how companies have adapted and responded to these changes.  They “reimagine” their changing customer.  Gallup describes how a company’s purpose drives culture, but skims over how behavior of its leaders drive culture.  Nevertheless, a resilient company is one where its culture is an ally to disruption.  The third and fourth strategies are simply “all about people”.

I’ll keep the radar searching for more on the topic of resilience – think we will need it.

Of the four strategies mentioned in the recent Gallup article, please choose which one you think is the most important for a company in the animal health and nutrition industry to be resilient: