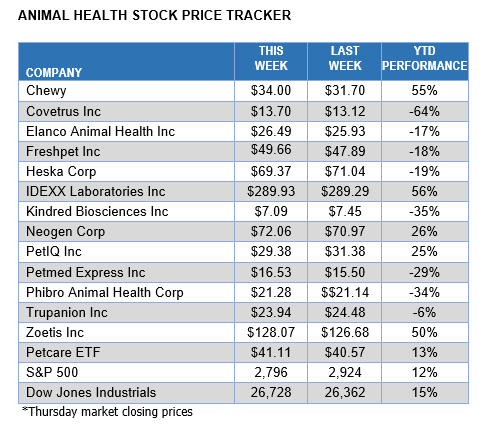 I am struck by the items in this week’s News & Notes about old diseases, especially Foot and Mouth Disease (FMD), because I am concerned about a “new” disease, African Swine Fever (ASF).  I mentioned some of these concerns in the Viewpoint a few weeks ago.  After writing about this, whenever I met industry colleagues, I would ask them what they thought the likelihood of the disease arriving in the US was.  Each person said, “100%”.  Maybe it is here already – just not in pigs.

The last outbreak of FMD according to APHIS was in 1929.  For 90 years, we have managed to prevent the virus from entering the US and causing what would be expected to be widespread debilitation of cattle and swine herds.  I was responsible for the UK back in 2001 when FMD hit the country and while 2,000 animals died, 4 million were culled, according to the UK government.  But there are reports from the Meat and Livestock Commission in the UK that the total animals killed in the UK due to FMD were closer to 19 million.  I recall the devastation it caused the industry and the people that raised the animals and hope it never arrives here.

Rabobank estimates that China’s pig population last year was 360 million and that this year half of those would be culled for ASF, or about 200 million.  It will take years to restock and when they do, it will look very different.  It’s hard to get good numbers out of China, but these are at least big numbers.

Back to this week’s news: the USDA is awarding KSU grants for studying PRRS and SIAV and we are still dealing with old poultry viral diseases.  No ASF vaccine news this week.  Earlier this and late last year, however, the USDA has awarded exclusive ASF vaccine technology patent licenses to two companies (Zoetis and Huvepharma).  Shouldn’t we be hearing more frequently about ASF vaccine development?  Aren’t some of the new vaccine technologies suitable for the ASF virus?

Improved and strong biosecurity will help stop the spread of the ASF disease in the US.  We’ve kept FMD out for a long time.  I’d like to spread the news about new, effective ASF vaccines…and soon.