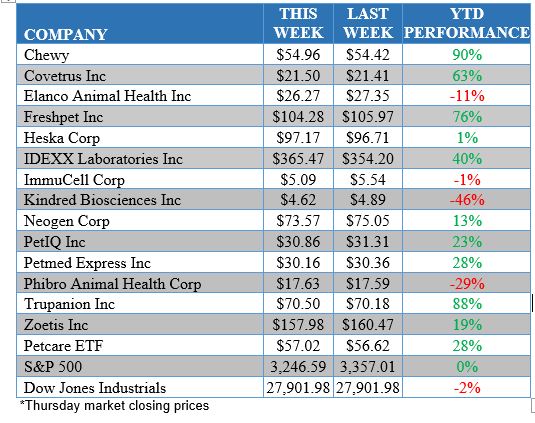 ************************************
BRAKKE CONSULTING VIEWPOINT
Recently three of my Brakke teammates and I presented our annual mid-year overview webinar on the animal health industry.  One thread running through the presentation was the resilience of our industry in an otherwise difficult six months for most other economic segments.

With that positive news still lingering, I read that the National Restaurant Association had released a study saying that 100,000 restaurants (1 in 6) had closed permanently in the U.S. since the onset of the pandemic, putting 3.0 million people out of work.  That left me feeling darn glad the veterinary profession and the animal health industry have endured, and in some cases, thrived the last eight months.  Thank you, innovative veterinarians and caring pet owners!

This week
This week let’s turn to the livestock side of the animal health business and the challenges it faces in the future in terms of meat protein consumption.

What do you think will be the biggest challenge facing the US meat protein production industry?