Register today – and be a part of the only event focused solely on the economic impact of veterinary medicine. Gain insight from veterinary and economic leaders on current trends and innovations – including a presentation from John Volk, Brakke Consulting, on how COVID-19 has impacted pet care. 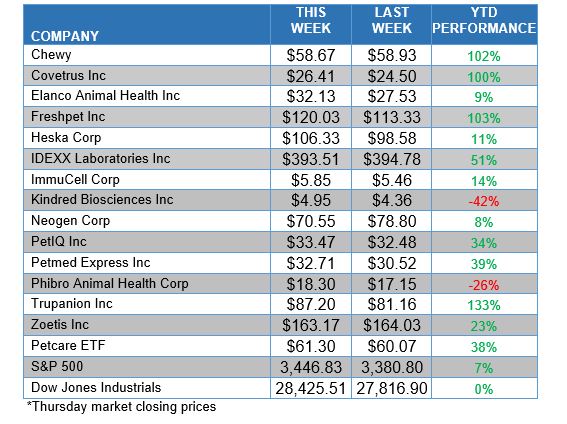 On September 28 I attended the Kansas City Ag Council Outlook forum. Main speakers included leaders in Ag Trade, Ag Economics, and the head of the KC Federal Reserve Bank.  It was very informative about the overall picture of US agriculture’s current financial health. It is certainly not a pretty picture, as without federal aid to the tune of $33B since 2018, farmers would have lost $291/acre on corn and $69/acre on beans. There were multiple presentations around trade policy and impacts and one could determine quickly which side of the political fence the speaker sat.

There was much discussion on the state of play with Ag’s four main export markets (47%): China, Japan, Mexico, and Canada. Growth from China exports was expected to be around 67% this year.

Interestingly there were also discussions on Europe and its Farm-to-Fork policy on food and the potential for increased trade in the future. The frustrations by the trade negotiators were palpable.

My view is that though the trade rebalancing is in the short term painful, hopefully in longer term farmers will benefit from more positive trade activities. And as for Europe, with some credible insight having lived there for over 7 years and working for European companies for over 20 years, my view is to really focus on other markets. The additional 2-3 billion people in the next 20-30 years will come in other parts of the world and with that comes the opportunity for real growth for agriculture exports. Let’s go get that business.

Last week we mentioned that the AVMA’s Economic Summit is a chance to “sharpen the saw”, a habit described in Steven Covey’s book “The Seven Habits of Highly Effective People.” We asked for you personally, if you had to pick which habit is the most important to you today, which one would it be? My favorite habit turns out to be the most selected one – here are all the results.

Well, we still need to sharpen the saw and we hope you take a look at the AVMAs AVMA’s  Economic Summit lineup as we mention above.

For this week, let’s get back to this week’s Viewpoint.

Given the recent administration’s position on trade, how do you feel about the impact on the animal health business?