Kansas State University Olathe is hosting a two-day workshop on August 26 & 27, 2020 that will provide attendees with the regulatory acumen necessary to make smarter business decisions in management and leadership in the animal health industry. This program provides an overview of essential regulatory guidelines, terminology, concepts and applications in the day to day animal health business.

Registration for this information-packed two-day workshop is $1,500 per person. For more information or to register, click here. 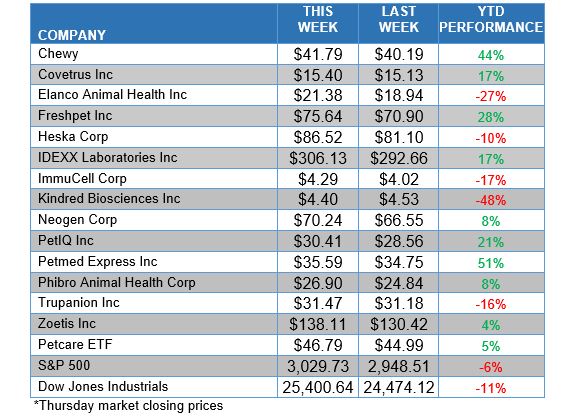 Having worked in animal health companies that were a little part of big human pharmaceutical companies, I’ve always hoped that the little guys could teach the big guys something, someday, when it comes to science.  We hear how difficult it is to bring a human vaccine to market and, combined with the fact that there is no vaccine for SARS or MERS, maybe it’s unlikely we will ever have a vaccine against the SARS-CoV-2 virus.

But today we have coronavirus vaccines used in cattle, swine, poultry, dogs and cats, which have recently been reviewed here.  So, it can be done and maybe the veterinary industry will indeed help with human vaccines and antivirals.

The coronavirus that causes Feline Infectious Peritonitis (FIP) in cats is probably the most difficult to prevent by vaccination, and treatment is problematic.  A young company, Anivive, might just have an answer to this serious, fatal disease in cats.  Their lead drug candidate, GC376, a selective protease inhibitor, has been shown to be safe and shows rapid improvements in clinical signs in cats in 24-36 hours.  Now the company has filed a pre-IND with the FDA for treatment of COVID-19 in humans.  It seems to work in vitro.  Maybe a little guy will teach the big guys something someday soon.  We hope they do.

Last week we asked about the frequency of wearing a mask and we received many responses – thanks!  A little over two thirds of you said that you routinely wear a mask when you go out in public and over half of you said that a majority of people in your area are wearing masks  when out in public.  It looks like our readers are, as expected, a little above the average!

For this week’s question, we’re sticking with the pandemic theme again.  Quite a few conventions and conferences have been cancelled stretching into the summer and fall.  Knowing what you know now, how would you answer this question today?

When will you be ready to attend one of your usual company or industry conferences or conventions?