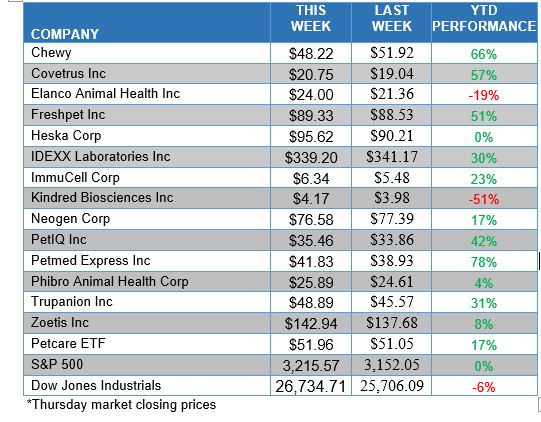 Last week we ask your expectations for 3Q20. 41% think results will be better than expected. 53% said worse.  6% hadn’t heard back from their tarot card reader yet.

This week’s poll
This week we want to know about veterinary conferences.  As you know, most conferences are being hosted online rather than in person.

If you normally go to conferences in person, are you likely to attend those same conferences virtually this year? [yes or no]

Likewise, if your company typically exhibits at veterinary conferences, will you exhibit at the online versions this year or sit this one out? [Will exhibit.  Will not exhibit. Haven’t decided yet.]