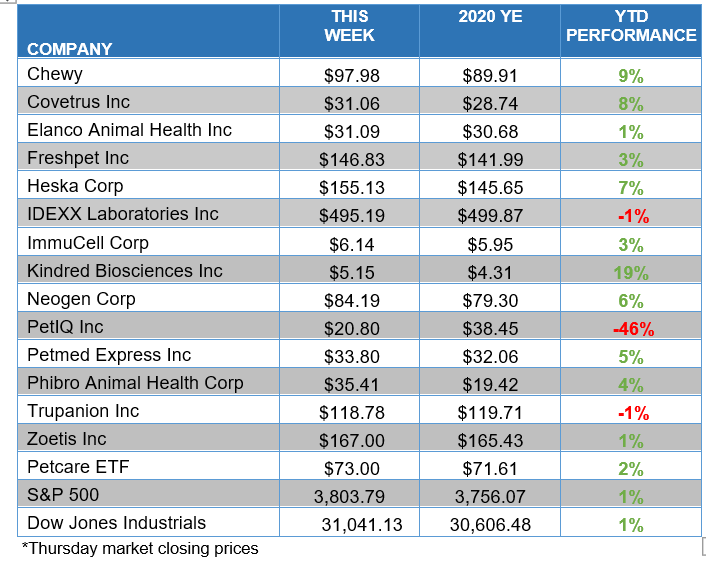 ************************************
BRAKKE CONSULTING VIEWPOINT
Judging by the first week of 2021, this is going to be a very busy year in the animal health industry.  Already we see acquisitions, partnerships and new drug and vaccine product launches making loud headlines.  A quieter headline dealing with GMO regulation in animals might lead to seriously big headlines in time.

The news of potential regulatory clarity between the FDA and the USDA regarding the food safety of bioengineered food animals is good for innovation and good for food animal production.  There are two FDA approvals for genetically engineered animals, “AquaAdvantage” salmon (AquaBounty) and the “GalSafe” pig (Revivicor), but food products from these animals are not currently in the food chain.  The long regulatory experiences based on these two approvals likely shaped the new proposal.

Maybe 2021 will be the year that we will more clearly see the benefits of using the CRISPR/Cas9 gene editing technology in food animals.  Disease and parasite resistance, beneficial production traits, and heat tolerance are some of the traits for which the animal food production industry would benefit from modified genetics.  Consumer acceptance will be a hurdle, but soon we should see more headlines from companies that can now see the regulatory hurdle to genetic innovation a bit more clearly.

YOUR VIEW
The last polling question of 2020 dealt with how you were going to spend your Christmas with your “pod”.  Almost half of the respondents said they were staying home with only family present, a quarter said they will stay home but will have visitors (family or friends) and a quarter said they would travel to see family and friends by car.  We certainly hope everyone had a safe Christmas.

This week
Let’s see what you think about pork.  The “GalSafe” pork mentioned above comes from a pig that has a genetic alteration that stops the production of alpha-gal, a specific sugar found in the meat.  People that have alpha-gal syndrome (AGS), an increasingly common allergy to meat and animal products caused by ticks, are not able consume products that contain this sugar without the risk of a severe allergic reaction.

How likely would you be to consume “GalSafe” pork, whether or not you had AGS?