Pain management is one of the leading topics in veterinary medicine today. Brakke Consulting’s annual report on Pain Management Products for Dogs and Cats includes such valuable information as:
– overview of acute and chronic pain in small animals

– discussion of the impact of the human opioid crisis on veterinary use of opioids
– review of new products, including performance of deracoxib generics
– estimates of US sales and prices of leading products
– pain management products in development, including monoclonal antibody products LIBRELA and SOLENSIA
– review of nutritional supplements used for chronic pain
– review of therapeutic diets for joint care
– discussion of the use of cannabinoids in veterinary pain management
– 2021 survey of 340 small animal veterinarians regarding use of pain management products

Pain Management Products for Dogs and Cats 2021 can be purchased for $5,500 if ordered by March 12, 2021, and $5,950 thereafter. The report will be completed in late March. Questions about the study can be answered by project manager Lynn Fondon, DVM, MBA at Lfondon@brakkeconsulting.com.

The 13th annual Summit is one of the only opportunities in the world for early-stage companies in the animal health and nutrition sectors to present their vision, business plan and technology to potential investors.

The selection committee will consider companies that meet the following criteria:
– Seeking $500,000 – $20 million in funding, or strategic partnerships to advance a company’s technology
– Revenue projections of $20 million within 5-7 years

Applications are due by April 5. To apply to present as an emerging company, visit the Animal Health Summit application page . 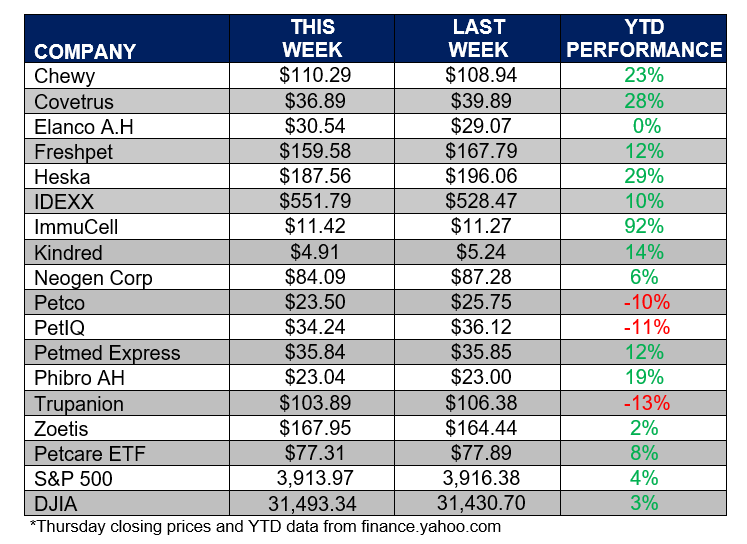 The Association of American Veterinary Medical Colleges (AAVMC) recently released a new statement on global veterinary medical education, stating that the AAVMC supports policies that foster and protect international collaborations in veterinary education and movements of veterinary professionals and students. In light of recent challenges faced by many countries in dealing with outbreaks of African swine fever (ASF) and the COVID-19 pandemic, the AAVMC statement is very timely and should be seriously considered and implemented by all stakeholders of animal health and public health.

Currently less than 1% of veterinary students in the U.S. are foreign nationals.  In addition to encouraging more international students to apply to DVM programs in the U.S., we should also encourage more American veterinary students seek job opportunities globally. It’s in everyone’s best interest that our foreign veterinary graduates and their American classmates work together to train more qualified field veterinarians and small animal clinicians around the world.

The transboundary nature of emerging and re-emerging high-consequence zoonosis and animal infectious disease threats requires global cooperation, not only in outbreak management, but also in research and education for a broader biomedical, social, and ecological understanding of disease systems. The One Health concept will become a successful approach only when the world has sufficient and competent veterinarians.

In last week’s poll, we asked you how the weather had impacted you.  45% of you said you had to shovel snow, and 42% set a new record for cold temperature; one-third had to scrape ice. For many of us, it was a less-than-productive work week – 20% lost power and nearly that many lost internet access too. A lucky 28% of you said it was a normal week in February where you live.  Let’s hope that Mother Nature doesn’t have any more tricks up her sleeve.

In keeping with the One Health theme of this week’s comments, let’s find out about the global footprint of the companies you work for.

Do you work for a company with an international presence? If so, what percentage of its revenues are generated outside the US?