***********************************
YOUR VIEW
Thanks to everyone that responded to our poll last week.  The question was, “Have you eaten an Impossible Whopper or other plant-based meat entrée in the last year?”  A surprising 41% of the respondents answered “yes.” We’ll keep watching the plant-based meat trends, especially our Senior Consultant Cary Christensen, who recently presented our view on this topic in our 2020 Industry Overview at VMX and WVC.

We want to hear from you – share your opinions with us in this one-question poll by clicking below!

What do you think the average revenue growth will be for companies in the animal health industry in 2020 compared to 2019?

Attend the 2020 Stakeholders Summit and you’ll be primed and prepared to build bridges from farm to fork.

We all have a vested interest in the future of animal agriculture—from farmers and ranchers to veterinarians and animal scientists to restaurant, retail and foodservice executives and every link of the food chain in between. The Animal Agriculture Alliance’s 2020 Stakeholders Summit will provide an opportunity to come together, learn from each other and develop the proper tools for engaging in conversations about hot issues and securing our livelihoods. Sessions will cover sustainability, animal welfare, influencer engagement, preparing for animal rights activist campaigns and other hot topics.

For more details and to register, click here. Early registration discounts are available through April 3.

ANIMALHEALTHJOBS.COM
The best place on the web to find qualified job applicants!

AnimalHealthJobs.com is an exceptionally capable partner for your recruiting efforts in the animal health and pet markets.

AnimalHealthJobs.com has grown to include over 30,000 pre-qualified job seekers, and consistently maintains a high degree of talent: two-thirds of our registered users have a Bachelor’s degree, and 20% have some kind of advanced degree; one-quarter have over 10 years of industry experience.

When you are seeking the best, come to AnimalHealthJobs.com – first. 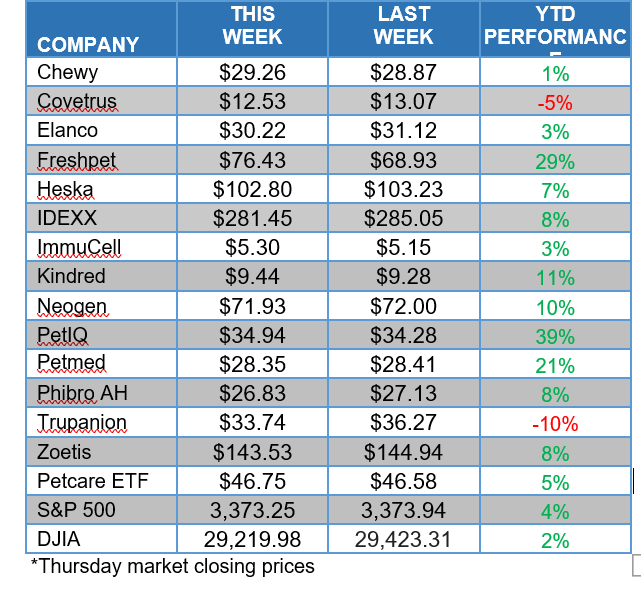 The Western Veterinary conference had record-breaking attendance this week in Las Vegas.  In addition to the over 1,000 CE hours and 500 Exhibitors in the show’s Exhibit Hall, WVC announced it is rebranding to become Viticus Group.

For more information about Brakke Consulting’s services and syndicated studies, visit our website at www.brakkeconsulting.com.