The report includes valuable information on the US market for small animal parasiticides including:
– Product descriptions, prices (veterinarian cost and online pricing), and sales for the leading veterinary flea, tick and heartworm products
– an overview of the veterinary and OTC flea control markets
– discussion of new product launches, including SIMPARICA TRIO, BRAVECTO PLUS, BRAVECTO 1-MONTH, and GENERIC SELAMECTIN PRODUCTS

The report on the US Flea Control & Heartworm Markets is now available for a purchase price of  $7,995.

Please contact Dr. Lynn Fondon at 336-396-3916 or lfondon@brakkeconsulting.com to order the report, or for more information visit our website. 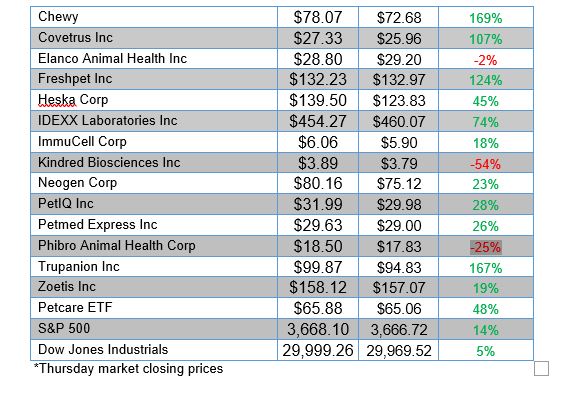 ************************************
BRAKKE CONSULTING VIEWPOINT
Last week, a US company, Eat Just, received the world’s first regulatory approval for cultured meat.  The company’s cultured chicken meat has been approved for sale in Singapore as an ingredient in chicken bites.  Unlike other alternative proteins from Beyond Meat and Impossible Foods that are plant based, Eat Just’s meat is cultured directly from animal cells.

This represents the latest in a string of challenges to the traditional protein agriculture market which included the antibiotic free movement and then the plant-based protein market entrants.  We have learned over time that food has a story and today’s consumer wants to know where their protein comes from.

Traditional protein agriculture along with animal health manufacturers can continue to prosper by ensuring greater levels of health and sustainability for food animals – bolstering consumer confidence in food safety and animal welfare, while enabling farm profitability.

Is this the beginning of a new segment of the food producing market or just a one-off approval?  Time will tell.  Resilience is one word to describe America’s agriculture.

Wishing you a Happy, Healthy and Safe Holiday Season,

Last week we asked about your view of the outlook for the animal health business now that the election is over.  Almost 29% of respondents thought the outlook was strongly positive post-election, and almost another 27% thought it was somewhat positive.  A majority, 56%, of respondents had positive views on the business outlook post-election.  Still, one third thought the outlook was somewhat negative, 5% said very negative and another 5% felt there would be no impact of the election on the business outlook.

This week, let’s find out what you think about the protein markets Randy mentioned above.

Question:
Given this week’s viewpoint we would like your opinion on the following question:
How do you think cultured protein will impact the traditional protein market?