Look Before You Leap

Depend on Brakke Consulting to meet your company’s market research needs, whether it is:

With our in-house database of veterinarians and the ability to custom-tailor surveys of a wide variety of target audiences, we provide reliable insights into this unique industry. We also produce multiclient reports in a number of high-interest animal health market areas. For more information, see our website or call us at 336-396-3916. 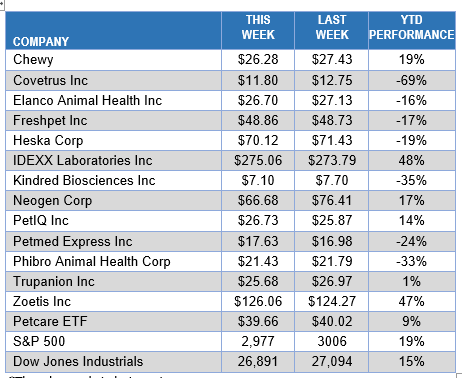 This is a busy, hectic time for many of you.  You’re wrapping up the third quarter and working on budgets for next year.  You’re trying to forecast the next three months and then hoping your budget doesn’t get changed too much once the full year results are in.  And you’re trying to figure out what disruptions might change everything despite your plans.

One of those disruption you must be assessing is how veterinary products gets into the hands of pet owners.  Chewy is one of those channel disruptors.  The company saw a 60% increase in its initial $22/share stock price after its IPO on June 13th, but the stock has settled down and trades now in the $27/share range.  It’s not profitable yet but revenue is growing fast – 43% year over year growth.  That’s a big number.

But in their report, two bigger number caught my attention.  They reported that the amount the company sells through “autoship” rose 49% and accounted for 69% of the quarter’s sales.  In their S-1 filing, Chewy showed that once consumers start making purchases from them, they steadily increase purchases each year.  And they are enhancing this stickiness by adding pharmacy and healthcare products.  Two bigger numbers: they claim to have 3 million pet profiles on file and 12 million active customers…and they want to make the vet experience better.

All of us know we will see changes ahead in how pet owners buy products in the future, from pet food, to medications, pet care supplies to supplements.  How fast strategies and tactics change from animal health companies and the veterinary industry remains to be seen.  Maybe we’ll see them in next year’s budgets.